The first thing I noticed about this book is the cover: It's almost identical to the cover of Kensho's book Out of Body Experiences. Same woman, different background. See for yourself:

This is another small book. It's just 42 pages long. The font is decent and the margins are small, but there's just not a lot of content. Still, it's a lot bigger (and a lot better) than Michele Gilbert's book which I reviewed last time. And unlike Gilbert's book, it has some very interesting things to say.

"Remote viewing is one form of astral projection; it is the phenomenon whereby an individual can become aware of information at another location..." (pg. 10)

But then he says:

"...but almost universally it is accepted that it does not involve projecting your consciousness outside of your body and to another location...the consciousness stays put in the physical body." (pg. 11)

Chapter 2 is titled "Is Astral Projection Safe?" In one word: Yes. It is a legitimate concern, but: yes.

Chapter 3 is "A Very Brief History of Out of Body Experiences". Like Gilbert, this discussion is small and lacking, but he does a better job than Gilbert. He does talk about Incubi and Succubi (male and female sexual demons traditionally seen in bouts of sleep paralysis). In my opinion (only) they are, in almost all cases, manifestations of subconscious fears, but it's always best to be very cautious with the "astral wildlife," as Robert Bruce likes to call it.

Chapter 4 is "A Closer Look at Sleep Paralysis". This is where the book gets interesting. It becomes more and more clear that Daniel Kai approaches the out-of-body experience mainly from awareness during sleep paralysis ("ASP"). That's his main thing. So let's talk about ASP.

Kai writes as if sleep paralysis will free you from your body and from there, you're simply free to roam. In my experience, it's not that easy. I've had countless bouts of ASP, and although I'm technically in an OBE state, I'm usually glued tightly to the physical body, and unable to move, either astrally or physically. This is a serious problem Kai fails to mention. For me it was extremely frustrating, because I could induce "normal" OBEs directly from a waking state, with full mobility, but with ASP, I was stuck to my physical body and completely unable to move. Until, after twenty years of experimentation, I finally discovered the secret of how to get my astral body unstuck and turn ASP into OBE. It's all documented in this short article I wrote in 2002: What Everyone Should Know About Sleep Paralysis, ASP and OBEs. You basically need to close your (astral) eyes and push your awareness forward as hard as possible, using your imagination to propel yourself blindly forward. Even though you can't see, blatantly ignore if your senses tell you you're still stuck to your body. Keep pushing forward and know in your heart that your astral body is moving, and keep your eyes shut. Once you're safely 15 feet (5 meters) away from your body (what Muldoon would say is out of "cord activity range") you can open your eyes and you're free to roam.

Now that you know the secret, here's where Daniel Kai's book shines.

In chapter 6, ("The Author's Perspective") he reveals a first pivotal clue. He states:

"More often than not, I noticed that my sleep paralysis episodes happened at times when I had been very busy at work, so I was quite sleep deprived." (pg. 27)

Chapter 7 is "How to Induce Your Own Out of Body Experiences." He lists three methods to induce an OBE: (1) The "day nap" method, (2) The "electric blanket" method, and oddly enough, (3) Magic mushrooms.

Let's eliminate magic mushrooms (psilocybin) right away. It's a powerful psychoactive hallucinogen, not to mention it's illegal. I think Kai just threw it out there just so he could list a third method. If you're interested in "magic mushrooms" aka psilocybin, watch the excellent documentary titled A New Understanding: The Science of Psilocybin. For the record: I've never tried psilocybin, but I wouldn't mind doing it with qualified medical and/or scientific supervision. DO NOT even think about using this drug without expert doctor's supervision.


Kai has some good ideas of how to induce ASP. Among them:

This book is honest, comfortable and unpretentious. Unlike many authors, he openly admits:

Unfortunately, there wasn't much more to the book. I would like it to have been much longer, with some detailed OBE narratives.

The writing, grammar and spelling are all professional. Oddly, the pages are not numbered, despite having a detailed table of contents that gives page numbers. Go figure.

I give this book a thumbs up. On the negative side, it's small and there's not much information. It's not a Robert Bruce tome. There aren't really any OBE narratives, other than just a taste. On the positive side, it has some unique ideas not found in other OBE books. This wasn't just a rehash of old ideas. It caused a few lightbulbs to turn on over my head. 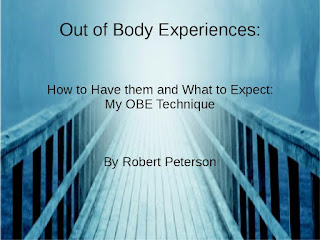 Many times throughout the years, I've been tempted to make an OBE instructional video. I was going to do it more than a year ago. I even dug out some of my favorite photos and created a presentation describing my favorite OBE technique, but then I just got too busy and let myself get distracted. Until now.

This weekend I ran across my presentation and had some free time, so I decided to get out my GoPro and record this 13-minute video to explain my OBE technique. This is basically the same technique given in chapter 24 of my first book, Out of Body Experiences: How to Have Them and What to Expect.


Enjoy the video, and I hope to see you on the astral plane.

If you want to get a better look at the slides used in the video, here they are: 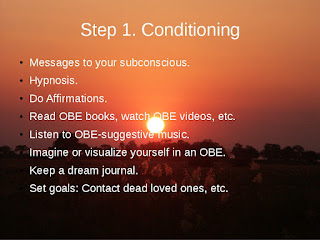 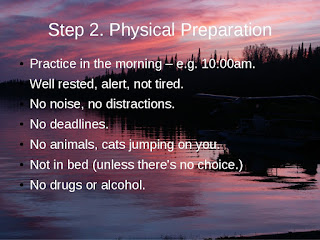 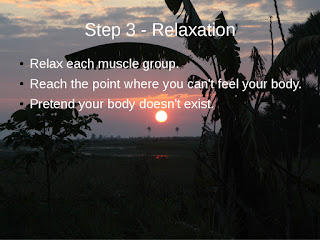 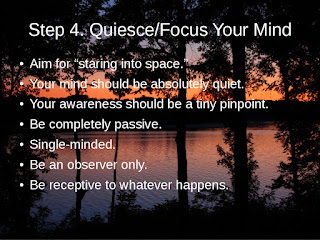 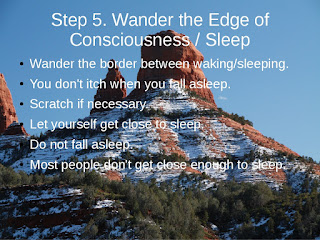 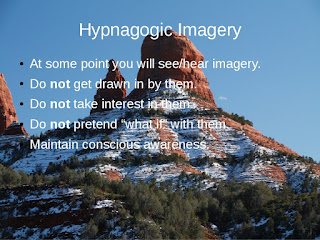 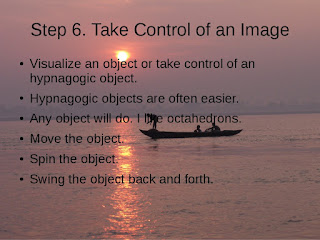 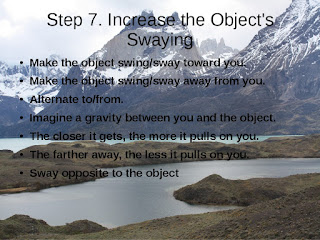 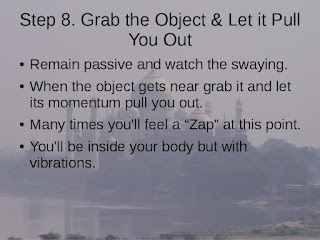 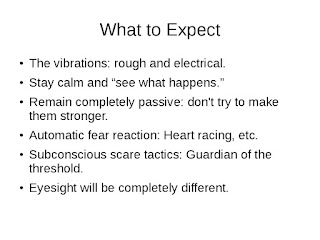 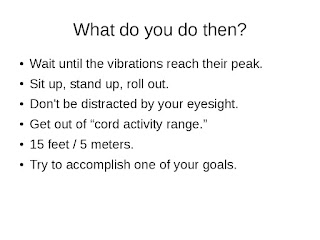 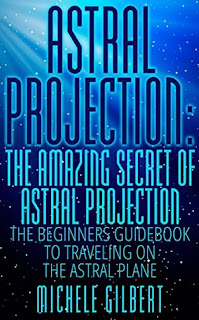