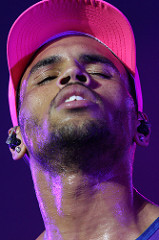 Let's face it. Most of the techniques for inducing an out-of-body experience rely heavily on visualization: You're supposed to visualize your front door (William Buhlman,) a tunnel (Salvatore Scordato), energy moving (Robert Bruce), a swinging octahedron (Robert Peterson. Hey, that's me!), an expanding energy ball (Graham Nicholls), or any number of things. But a lot of people have trouble with visualization.

In this article I want to give you some alternatives, some advice, and strategies to overcome this obstacle so you can start exploring the out-of-body state.

Strategy #1: try to "pretend" or "imagine" more than "visualize"

A lot of people get hung up on the word visualization. They think they need to actually "see" their intended target as clearly as they do with their physical eyes. While that's an ideal to strive for, it's not entirely necessary. All you really need to do is imagine intensely.

I'm not saying that OBEs are imaginary (See my article OBE: Imagination vs. Experience). All I'm saying is that if you use your imagination vividly, that might be enough to trick yourself into the OBE or pre-OBE state.

If you're in a relaxed and focused state, vivid imagination can unexpectedly take on a sudden vivid and realistic quality, so the problem takes care of itself.

I can't speak for women, but I'm pretty sure most men are pretty good at imagining sexual encounters. So redirect that ability to something more OBE-oriented, like a tunnel with a light at the end.

Strategy #2: Use imagined sounds instead of sights

Many years ago, after college, I had a roommate named John who invented an OBE trick he used once or twice: Instead of visualizing an object, he used imaginary sound. He imagined a song was playing that he knew really well. For example, Stairway to Heaven by Led Zeppelin. He tried to recreate the entire song in his imagination note-for-note. At some point in the song, the vibrations hit and he was able to leave his body.

This strategy was invented by Robert Bruce, author of Astral Dynamics. Bruce was inspired to create his "Rope technique" when a blind man asked him for an alternative technique. The technique hinges on using your imagination to feel the sensations of climbing a rope: imagine the rope's course texture in your hands, how it digs into your skin, how your hands grasp around it, etc. So just pretend you close your non-physical eyes and keep them closed, then climb up that imaginary rope blindly, using the sense of touch alone.

The hypnagogic state is the state we naturally enter right before we fall asleep. The vast majority of people are unconscious before they hit the hypnagogic state on their way to sleep, but without too much effort, you can learn to retain conscious awareness into that state.

In the hypnagogic state, you will naturally start to experience very realistic hallucinations. These are often short bursts of imagination that come from the subconscious. In my experience, these are mostly hallucinated sights and sounds: You may hear a very realistic voice saying part of a conversation, or you may see an object float by your closed eyelids. It seems totally random: it might be big like a pencil, medium-sized like a car, or very big, like a football stadium.

So with this strategy, you edge yourself bit by bit toward sleep, being careful to retain awareness (not fall asleep) into the hypnagogic state, then wait for a visual hallucination to cross your field of vision. You use your imagination to grab onto that image and try to control it consciously. Then you start swinging that object back and forth to gain momentum, eventually riding that momentum to propel you away from your body.

Don't be surprised if the hypnagogic object dissolves and disappears when you try to grab it. I'll often "drop" five or six objects before I'm able to grab one and make it stable.

This is the main OBE technique I use. I made this article, along with a video, to describe it: Video: Bob Peterson's OBE Technique

This is what author Michael Raduga suggests. The hypnopompic state is similar to the hypnagogic state, but it consists of mostly visual and auditory hallucinations when we come out of sleep rather than when we go into sleep.

There are several advantages to using the hypnopompic state rather than the hypnagogic:

When you wake up in the morning, before you even get out of bed, try to stop and remember what you were dreaming and jot down a few words to trigger your memory. Later that day, when you have more time, try to flesh out the details. The dreams themselves aren't important. What's important is that when you keep a dream journal, you train yourself to retain those mostly visual memories from your subconscious to your conscious mind. And that will help you conjure up visual images for your OBE exercises.

If you can't remember your dreams, try taking a "Super B Complex" vitamin before bed, or a Vitamin B-6 supplement for a couple days. Don't take more than one, because it can damage your body if you take too much. I often remember more dreams when I stop (not start) using vitamin B-6. Also, before you go to sleep, tell yourself "Tomorrow morning, I'm going to remember my dreams."

When you watch television or a video, you feed your brain with visual and auditory information. When you read a story, you feed your brain with words, but your brain is forced to interpret the words. In doing that, it often conjures up visual images, however short in duration, of the scenes portrayed in the story. This is good exercise for your brain. It keeps your brain's visualization centers strong. Bonus points for reading OBE narratives instead of fiction.

It all goes back to this: If one OBE technique doesn't work, try something different. You are trying to trick your brain into letting go of its rigid sense-driven interpretation of physical reality and become open to a new set of data. These techniques, in various combinations, can help you achieve that goal.