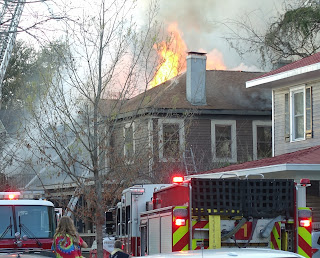 This is relatively new OBE technique; I developed it in the past year or so. It really messes with your sense of "up" and "down." It's similar to my motion-based OBE techniques.

Be forewarned: I'm going to get really technical in this article.

According to neuroscientists, our brains have a mechanism (evidence suggests it's the right-temporo-parietal junction, or rTPJ) that determines our spacial location and orientation. It does that by making educated guesses based on input from our senses, plus a bunch of assumptions (like what's up and down and how gravity behaves.)

Other parts of our brains take the sense data, plus information compiled by the rTPJ, and formulate what I call a "story of experience." This is true whether you're dreaming and waking.

At this point, we normally use our "internal dialogue" to repeat our "story of experience" to ourselves. I believe the inner dialogue is fed back to the rTPJ to help determine spacial location. For example, if your story of experience is "I am standing," your body must be vertical in its orientation.

To induce an out-of-body experience, you need to temporarily redirect that "spacial location" mechanism of the rTPJ, at least until you're completely out. To do that, you first need to reduce the data it gets from your physical senses:

Next, you need to use your imagination to replace the missing sense data with false information that's so credible to the brain that it redirects your awareness and tricks you into a different "story of experience:" the out-of-body experience.

So after the sense data is reduced, you can use:

With its primary sense information reduced to a trickle, and fed with false data from your imagination, your rTPJ has to rely upon the other data I mentioned earlier: that "bunch of assumptions" I talked about. They can also be overridden with the imagination.

The foundation of this technique is based on one simple fact:

I really never look at my shoes and feet unless I'm standing up.

Well, maybe I do on rare occasions, but that's not important. Whenever I see my feet, especially my shoes, I'm almost always in an upright position, looking down. I'm either standing or walking. This is pretty much ingrained in my subconscious; it's one of those fundamental assumptions.

So here's the technique:

With little sense data to go on, your rTPJ will eventually start to interpret this as reality: "I'm not lying down. I must be standing up."

Once your rTPJ has been jarred out of its normal "spacial location" and into another story of experience paradigm, you're basically in an out-of-body experience and free to roam, at least as long as you're able to maintain it. You no longer need to imagine anything. Just do whatever you want and "experience" whatever happens.