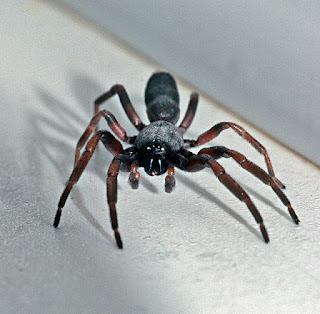 This is really "Part 4" of the series based on my own OBE experiments, with the three prior articles here:

Like the prior articles, this one comes from my second book, Lessons Out of the Body, which is out of print, from chapter 16, "Chasing God." Here is another OBE where I tried to contact God. This OBE narrative was from February 20, 2000:

This morning I tried to induce an OBE around 9:00 a.m., and was successful. After careful consideration, I decided to try once more to contact God.

I reached out with my mind with the intent of experiencing God and something strange happened. I was staring at the ceiling of my bedroom, and I noticed a spider crawling on the ceiling. Somehow, I knew this was another test as a second, third and fourth spider converged on the ceiling. Who or what was giving me this test?

Soon there were dozens of spiders on the ceiling above me. I realized I wasn’t really seeing spiders; I was seeing the illusion of spiders as part of the test. I also realized what the test was: before I could realize oneness with God, I had to embrace and experience God’s love. I had to raise my vibrations to the level of God. I reasoned that God loves all things, even spiders and the most hideous creatures on the planet.  How could I expect to attain oneness with God until I raised my own love to that same level? Spiders were just the first question of the exam.

I suddenly became very emotional and pleaded my answer to the invisible helper who gave me the test, “Yes, I will love all things, even the spiders,” but I knew the test was not over: my ability (or inability) to love would be pushed far beyond my endurance, and that’s why I was so overcome with emotions. This was just the beginning; what other horrors would I have to face, and love? I was overcome with emotions and started sobbing until I was reintegrated with my body. I opened my eyes and thought about the OBE a long time before getting up.

So once again, my attempts to contact "God" from an OBE failed, but I learned some valuable lessons.

Many years later I read stories of other out-of-body travelers encountering "astral spiders" on their ceilings from an OBE, and I wonder: Is this some kind of Universal test we all must pass some day? Or is it some unknown fear-based trigger buried deep in our subconscious? It's hard to say, but having experienced it firsthand, it was sure emotionally charged. And once again, it defied all my expectations. 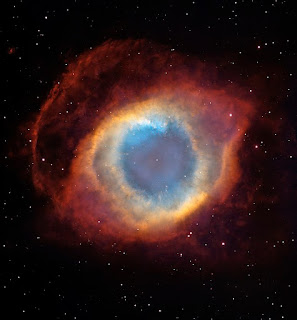 In a way, you could say this is really "Part 3" of the series based on my own OBE experiments, with the two prior articles here:

Like the two prior articles, this one comes from my second book, Lessons Out of the Body, which is out of print, from chapter 16, "Chasing God."

This experiment took place in June, 1999 (lightly edited from my journal).

This morning I got up at my usual time of 5:45 a.m., put the dogs out, and drank a can of caffeinated Surge soda pop to get motivated. Then I worked on the computer for an hour. I went back to bed around 7:00 a.m. After Kathy got up I decided to do an OBE. I tried to induce an OBE but instead fell asleep. I woke up around 8:00 a.m. and decided to try again. I tried for about ten minutes then I got restless. I decided I’d give it one more shot, and if I wasn’t successful, I’d get up. So I rolled onto my back and gave it my best shot. I didn’t think I’d be successful, but much to my surprise, I was able to coax my mind down into the proper state easily from that point. I waved myself out as normal.

Once I was out, I pushed myself forward, through the bedroom wall until I was hanging in mid-air between our house and my neighbor’s house.
I knew exactly what I wanted to do. At once, I made my request to no one in particular, saying, “I want to experience God.”

Suddenly, I was transported to some place that looked like outer space.  In the blackness of space in front of me was an image of a single human eye, and it was white against the black background. I focused on the image of the eye, and saw that it comprised tiny pinpoints of light. If this were part of a face, I wondered, why I didn’t I see any other features?

I decided to pan backward so I could see more of the image. What I saw astounded me. As I panned back, I saw that the pinpoints of light were slowly swirling around the eye: What I was looking at was not an eye, but a galaxy. The “eye” was actually a cluster of stars in the center of the galaxy. I continued to pan back, and the image of the galaxy started getting smaller. “Woah!” I thought, “Where the hell am I?” Instantly, I lost consciousness and began dreaming. If I had remained calm, would I have continued to pan outward until I experienced the totality of All That Is?

This OBE illustrates several things. First, as in the previous article, this OBE defied my expectations. I did not expect to be transported into outer space. Second, despite being "lost" in the deepest depths of outer space, I had no problem returning to my body.

That wasn't end last religious experiment I did. More to come in the next article.