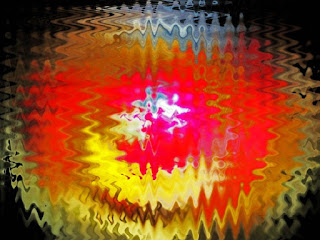 This is one of the most common questions I hear from people learning to induce out-of-body experiences:


"I've spent lots of time learning to relax my body and focus my mind. I've reached the stage where I can get the vibrations, but then one of three things always happens:

Eventually I snap out of it. What should I do to turn this into a full out-of-body experience?"

The most important thing is to remain calm. When the vibrations hit, you need to stay completely 100% passive. Don't think. Don't feel. Don't try to encourage the vibrations because that will cause them to fade away. Just keep your mind as still, unmoving, and passive as possible. Just wait and "watch what happens". Yes, I know that might seem nearly impossible: it's like trying to totally ignore your own electrocution. In one of my books I wrote that it's like ignoring getting slapped in the face, but it is essential. And yes, it can be scary as hell.


If your astral body won't move, or is paralyzed, pinned or stuck to the physical body, try again physically to move in a different direction. If you can't sit, try to roll left. If you can't roll left, try to roll right. If that doesn't work, try to do a backward somersault.

If you've tried everything and still can't get unglued from your physical body, here's what to do:
If this sounds familiar, it may be because I've given this advice before in an article on my website called "What Everyone Should Know About Sleep Paralysis, ASP and OBEs".

The "racing heart" thing is often a manifestation of fear or anticipation. You should let that all go. It's almost never your real physical heart that's racing anyway; sometimes it's scare tactics from your subconscious. It's usually an energy sensation associated with your non-physical body, not your physical body, so don't be concerned that your heart is going to explode, etc. Just do your best to ignore the sensation. 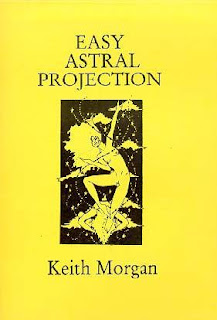 This is a small book: Just 21 pages. The font is small but so are the margins, so there's not a lot of content. Its copyright is 1992, so it's not ancient.

Although it doesn't say it on the cover, the subtitle is "Simple techniques for travelling in the Astral planes." I've read so many books that claim to make astral projection "Easy" or "Simple" that I've become a bit cynical about it. Inducing OBE has always been a long process for me, and never easy, so it makes me feel like they're luring me in, and I'm always disappointed.

I disagreed with this book on several points. For example:

Yes, OBEs involve a kind of trance state, but to me it's completely different from a hypnotic trance.

Early in this book, the author starts using the term "magick" and "magickal" as if to give out-of-body experience some kind of special 'occult' mystique. In my opinion, there's nothing magical about it. It happens to common folks every day.

So let's talk about the author's OBE techniques. They're not bad and not without merit. They are, however, a bit obfuscated.

The first technique is "Visualisation of a Deity." These are run-of-the-mill visualization techniques, and not bad in themselves. The important thing in my opinion, is:


"Concentrate upon the image as a whole being & see it as a manifestation of such & of the Astral planes, but most of all, believe in what you are seeing, as a being of the element which is being invoked & as a being of your own magick." (pg. 10)

In other words, visualize the image as realistically as possible. The second technique, which is important enough to have its own heading, "Development of Clairvoyancy," is obscure. In fact, he says:


"This method is known as scrying, & is simply, expanding your consciousness through a medium of reflection, this looking into the deeper you, any reflective surface can give good effect, such as a still pond etc, it is a meditational device and nothing more, through these personal meditations deeper things can be learned." (pg. 11)

I'm sorry, but in my opinion, scrying is a lot different from astral projection. In my opinion, with astral projection your physical body is just another inanimate object in the bedroom, and your awareness is elsewhere. With scrying, your consciousness stays firmly planted in the physical and you're using your mind's eye to do something akin to remote viewing. If you want to do remote viewing, there are plenty of good books about it. If you want to do scrying, there are good books on that, too. For example, Donald Tyson's book "Scrying For Beginners". But in my opinion, OBEs are not the same.

There's another separate section of OBE techniques called "Astral Projection & Altered Consciousness Methods." It's small and unimpressive. It talks briefly about relaxation, slowing down your heart rate (and breathing), energizing the pineal gland and chakras, using a mirror, fasting and auto-suggestion. It's scant and not very detailed.

Toward the end of the book, he makes another dubious claim:


"The Void is the primal void of chaos, that is DAATH on the Cabbalistic tree of Life, out of the turmoil of the firmament all is born, it is a start & a re-birth.

TAKE NOTE: travel to the void is not recommended! There is excellent documentation of experimentation of Astral Projection into the Void, as a cabbalistic friend of mine once told me,

Few authors have written about "The Void" but this is the only one I can recall that's negative. It seemed like needless negative superstition to me. Frederick Aardema's excellent book, Explorations In Consciousness has an excellent discussion of the Void, without the occult and/or kabbalistic connotations, and it's certainly not negative.

This book's grammar is poor and careless (as you can see from the quotes above). The content is small and often obscure and veiled in occult labels. And in my opinion, the information isn't very good. Although the book is cheap, there are a lot of better OBE books out there. I'd pass on this one.