Recently I got an email from a guy who asked: Which of Michael Raduga's "cycling" techniques do I find most effective?

In his book The Phase, Raduga recommends the WBTB technique, then upon awakening, "cycling" for 3 - 5 seconds from these exit techniques:
He also recommends starting every cycle by trying to instantly relocate to your mirror, which is a variation of the "Target Technique."

Well, I never really use the Target Technique. It's never worked for me. I also don't visualize my hands. The problem with these two techniques is that there's no motion. Even the "observing (hypnagogic) images" technique alone isn't enough to take me out-of-body: I've got to use them for motion (more on that later).

The bottom line is: I've always found it most effective to use motion-based OBE techniques, since long before I read Raduga's book. I always need a feeling of motion to dislodge me from my body:

Before I begin any technique, I do three basic things:

First, I relax my body completely. I relax it to the point where I can't even feel it anymore.

Second, I approach the edge of sleep and try to hold my mind as blank/still and single-minded as I can. I "quiesce" my mind. (Do not let your thoughts wander or you'll be drawn down into sleep).

Third, I pretend I'm swaying. I imagine I'm in my astral body, gently floating and swaying inside my physical body, like a liquid sloshing back and forth inside a half-full bottle.

If done well enough, this can be enough to induce the vibrations and subsequent OBE state. More often, though, I tell myself that the swaying sensation will continue without any conscious effort, then I begin my exit technique.


I imagine I'm rocking more and more, like in a rocking chair or I'm taking a bow. This is an extension to the swaying/sloshing sensation I mentioned earlier.


This technique is very similar, but I imagine I'm rocking from side-to-side. For example, I imagine I'm standing, but leaning to the right, then to the left, repeatedly.


I imagine swinging both my astral arms in large swooping motions (my physical arms remain immobile at my sides.) This motion is similar to what a cross-country skier does with his or her poles.


I imagine someone is forcefully pushing my right elbow down into the bed, then the left elbow down, then right, then left, repeatedly. In other words, I alternate my arms so I get a sense of being rocked from side-to-side. It's almost like being rocked in a baby cradle.


I try to imagine not so much a yoyo, but non-physical energy (chi, prana, etc.), extending from my third eye area, then retracting again, in a repeating motion.

I have another technique that involves my feet, but I'll save that for a later article.

Like Raduga, I often cycle through these techniques. If the first one gets no results, I switch to another. Raduga recommends switching every 3 to 5 seconds, but I tend to focus on a technique much longer, like 15 or even 30 seconds each.

I often cycle through many of these techniques at random, unlike Raduga, who recommends you focus on just two or three. I tend to not plan which of these motion techniques I use; I just flip randomly between them.

Often, my brain wants a reason for my (imagined) rocking or swaying. So I provide it with a "plausible enough" explanation, not with words, but with an idea, like "I'm swaying because I'm swinging my arms" or "I'm rocking because someone's pushing on my elbows."


More often than not, I fall back on the technique described in chapter 24 of my first book, which involves controlling a hypnagogic (or visualized) object and swinging it back and forth. Again, this is like Raduga's "observing images" but I'm controlling the images, not just observing them.

I imagine a strong gravity between my non-physical swaying and the object's swaying. Then I swing it closer and closer until it's close enough to pull me out-of-body with its gravity. With that method, the explanation idea is "There's an object and its gravity is pulling me out."

There's no magic here. Your brain determines your spacial location and "story of experience" from the data it receives. Total relaxation cuts off almost all input from the senses, so they can't be used to determine spacial location. Your imagination provides the brain an alternate set of data to interpret.

All OBE induction techniques are just a way to trick your brain into changing its "story of experience" to trigger the separation.

Once separated, you can return your mind to its normal state of thinking and feeling, and you're free to consciously roam and explore the out-of-body state.

No, I'm not saying it's all inside your brain. I'm saying you need to fool your brain's spacial location mechanism in order to get to the proper state of mind. All these visualizations are just a way to trick your stubborn and over-conditioned brain into trading stories of experience from a physical to a non-physical one. They're just a means to an OBE-end.

Wake Back To Bed (WBTB) Explained

Wake Back To Bed (WBTB) Explained 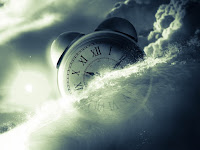 
I hate it when people say "just try this" OBE technique without any explanation. I'm an analyst. My analytic mind wants to know exactly what's going on so I can do it properly.

Many people talk about the Wake Back To Bed (WBTB) method of achieving out-of-body experience. Different people recommend different things, but few of them offer any kind of explanation of how and why it works.

After a good amount of research, I think I finally understand the procedure and how it works, so I thought I'd share.

Standard disclaimer:
Again, my understanding of all this is incomplete. This is just my interpretation at this time, and it's likely to change with time. I don't pretend to know everything. I'm not a sleep expert, but I've done a fair amount of research over the years.

The WBTB technique is something like this:
Right away I have a lot of questions:
I think I've found answers to these questions, and the key is understanding what's actually going on. Be forewarned: Sleep is a complex thing. The human brain is a complex thing. I don't pretend to be an expert on either, but I'm going to try to simplify this as much as possible.


First you need to know some basics about sleep cycles.


Every night, we go through several (often five) sleep cycles. Each sleep cycle lasts about 90 - 110 minutes (the first cycle is often longer). Each cycle contains these stages:


Where do OBEs and Lucid Dreams occur?


Science has proven lucid dreams occur during step 3, REM sleep. My OBEs occur mostly in step 1 or 4, the hypnagogic and hypnopompic imagery stages.

Here's a good analogy: these sleep cycles are analogous to washing (laundering) dirty clothes: Your brain needs to be "washed" five times every night.
We leave our body every sleep cycle. This is just like taking your clothes off before you launder them: you can't wash your clothes while you're wearing them, right? But that's another topic for another day.

Since the brain is "washed" in each cycle's nREM stage, it's a little "cleaner" each time, and therefore the nREM sleep gets shorter and shorter. But since the length of the cycle (90 - 110 minutes) doesn't change much, REM sleep gets longer and longer with each cycle. A typical night looks something like this:

It's interesting to note that brain waves during REM sleep are actually as "loud" or even "louder" than waking consciousness; a veritable storm of electrical activity.


Spending some time awake bypasses the hypnopompic imagery. Your brain chemicals are forced into a "waking" pattern.

When you interrupt sleep, it's like stopping the washing machine in the middle of a cycle. Your body has a tendency to restart the cycle where it left off. But since REM sleep (step 3) is chemically/electrically similar to waking consciousness, your brain can either just skip over that part (drain/wake up) or start the next cycle (step 1).


The next thing to understand is the rise and fall of various brain chemicals. I won't go into great detail here, but here are the basics:
Here's a diagram to show roughly how it's used, along with some other brain chemicals:

So if you combine these charts, you'll see where they overlap: About six hours into sleep, your level of metatonin is still relatively high (sleep/laundry is still needed) but your brain is relatively "clean" and ready for consciousness.


So to answer my own questions: