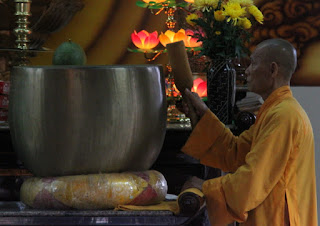 by Bob Peterson
For this blog article, I'm presenting another excerpt from my new book, Hacking the Out of Body Experience, which is still unpublished. Due to its size, I've broken this chapter into two articles. This is the first half.

---
Can we use science to transform ourselves into ideal (or at least better) candidates for OBEs? I believe the answer is yes. We start by examining what scientists know about the people who are predisposed to OBEs. Then we change our habits to “reprogram” our brains for OBE using a concept neuroscientists called neuroplasticity: the brain’s ability to rewire itself.

There are two kinds of OBE habits we can develop: habits that make OBEs more likely to occur (which I’ll talk about throughout the entire book), and habits to make you a better candidate for OBEs, which I’ll cover now. There are also bad habits you should break (like watching too much television) but we’ll get into those later.

In a way, direct OBE induction itself is a very specific kind of meditation where you focus your mind in a certain way (more about that in chapter 17). Some OBE authors achieve their OBEs entirely through meditation. For example, pretty much all of Jurgen Ziewe’s OBEs were the result of his meditation, even though his goal in meditating wasn’t specifically for that (he was after more lofty goals like Nirvana, Satori, oneness with God, or whatever you want to call it.)

While it’s important to practice OBE techniques, that’s not what I mean here. Here I want to talk about “normal” meditation; the kind where you just sit quietly, clear your mind and still your thoughts. For example, one of the most simple and powerful meditation techniques is “mindfulness meditation” in which you simply sit and cultivate a focused awareness on the present moment, and extend a loving awareness toward others.

I usually meditate twice a day: A fifteen-to-twenty minute silent “mindfulness” meditation early in the morning after I wake up, and a “binaural beat” meditation under headphones in the evening. I’ll go into more details about binaural beats and other sound technologies in chapter 65.

There’s ample scientific evidence that meditation rewires your brain. For example, a 2014 article in the Huffington Post1 talks about the work of psychiatrist Dr. Dan Siegel, executive director of the Mindsight Institute. According to the article:
“As Siegel explained, the concept of "neural integration" refers to the interaction between various disparate parts of the brain. And through mindfulness practices like meditation, we can actually grow integrative fibers in the brain -- studies have shown that mindful awareness increases the connectivity of separate areas of the brain.”
Can that make you a better candidate for OBEs? Everything I know about OBEs says yes. Of course, that doesn’t guarantee that you’ll have OBEs. Renown skeptic Dr. Susan Blackmore has meditated every day for more than 30 years, and she claims it hasn’t helped her induce any OBEs. So think of meditation as just one piece of the puzzle.

Strengthening your active imagination
Another thing science tells us is that OBEs happen more often to creative people, people who use their imaginations. In other words, people who focus on “inner events” more than “outer events.” In terms of brain science, they spend a lot of time on “task negative” brain events (mind-wandering, daydreaming) and less time on “task positive” brain events (focused tasks). In terms of neuroscience, this means they exercise, or even over-use, the “default mode network” (DMN) which I’ll cover in more detail in chapter 71.

A lot of people tell me, “I used to have OBEs when I was a child, but then they stopped.” So what changed? Why do children have more OBEs? I believe it’s because they use their active imagination more than adults. Kids use their active imagination constantly. I once read an article about a 9-year-old girl who could self-induce OBEs. Someone asked her how she did it. She said something like, “It’s easy. Just pretend you’re on a roller-coaster, then try to move but don’t really move. Eventually, you’ll start to get faster and faster, and you’ll actually feel like you’re shaking. At some point, you’ll just pop out of your body.” She figured out that using her active imagination while she’s relaxed is a key factor. Her instruction to “move but don’t really move” sounds very much like an OBE technique I developed called the “Almost Move Technique” which I explain in chapter 30.

As we get older, our brains and belief systems tend to, for lack of a better word, “solidify” and become more rigid. Our brains develop habitual patterns (think of them as ruts) and we use our active imagination less. So the first step is to break out of these ruts.

The more you use your active imagination, the easier it will be to achieve OBEs. In my first book, I have an exercise called “Pretend Day.”2 The whole point was to get you to use your active imagination as much as you can by pretending weird things happen. For example, imagine you pull out a gun and shoot a stoplight that’s holding you back. Or pretend there are purple dragons circling in the sky above you, or balls of light encircling your head. It doesn’t matter what you fantasize about; just that you do fantasize.

So to become a better candidate for OBEs, make every day “pretend day.” Learn to actively engage in playful fantasy. Don’t consider this a waste of time; consider it a necessary part of rewiring your brain for OBEs.

Developing absorption
Science tells us one of the most important attributes of OBE-susceptible people is absorption.3 I wrote about this in my second book.4 Absorption is commonly measured by the Tellegen Absorption Scale (TAS) by psychologists to test how absorbed people get in their own mental imagery, or how focused they are on inner events. According to scientists, people who rate high on the TAS also tend to be more easily hypnotized. They’re also typically better at an important OBE skill: visualization. Absorption is also strongly correlated with openness to experience. (This may suggest drugs used to treat ADD might help you focus more on OBEs.) So another way to rewire your brain for OBEs is to develop absorption.

Many scientists seem to treat absorption and suggestibility as a static and unchanging trait, but I know of at least two ways to develop absorption. The first is to read (or write) fiction stories and books. I especially favor science fiction and fantasy novels that conjure up images of strange new worlds and the creatures that inhabit them, like elves, trolls and gnomes. You can lose yourself and become absorbed in a television show or a movie, but they don’t have the same effect because they feed your brain with both visual and auditory data: there’s not much creativity left for the viewer. They lead you by the nose and tell you exactly what to think and feel. When you read fiction, you do something different: you create a mental image of the events occurring in the story.

As you read, try to imagine the faces of the people in the story. Try to visualize the circumstances they’re in. Try to become absorbed into the story’s plot to the exclusion of everything else in the outside world. Again, this is not a waste of time; it’s a technique to rewire your brain.

The second way to develop absorption is to listen to music. I’m not talking about background music; that’s actually counterproductive. Listen intently, under headphones. Don’t combine it with anything else. Put your phone down and give it your full attention. Try to get totally lost in the music. Focus on its ups and downs, and how the music makes you feel. It’s better to listen to instrumental songs rather than songs with lyrics. Some genres of music are more conducive to this process than others. For example, as appealing as they might be to you, Country and Folk music might be poor choices for this because they tend to emphasize stories conveyed in words, using the music only to emphasize the story. Classical / Baroque music emphasizes the music only, which is better for this purpose. It’s is highly creative and can drag you up and down in wonderful ways. Unfortunately, I find most Classical music boring, so I tend to favor music with some lyrics, but where the music overpowers the lyrics, and not the other way around. I like long progressive rock songs by Yes that are heavy on music, with lyrics that are nothing more than poetry (like “Close To The Edge”), or the earlier, more progressive songs by Pink Floyd (like “Echoes.”) I also listen to progressive metal that’s music-heavy (like Dream Theater), and symphonic metal (like Epica). Bands that are “trippy” like “Dead Can Dance” are also good for getting entranced. I’ll talk more about OBE music in chapter 53.