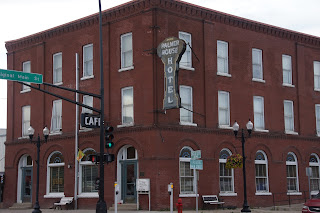 In a way, my out-of-body experiences make me a good paranormal investigator, since I've already conquered my fears of the unknown, fears of spirits and so forth. I've come face to face with "ghosts" so many times in an OBE that there's not a lot that can frighten me anymore. Plus, in those OBEs, I am a ghost!

A few weekends ago, the Minnesota Paranormal Coalition (MPC), hosted a paranormal investigation of the Palmer House hotel in Sauk Centre, Minnesota, and I joined in. Several paranormal teams from the MPC were there, but the investigation was led by a team called F.R.E.A.K.S (Friends Researching Entities And Known Spirits) and their team leader, Char.

I must admit I was apprehensive: I hadn't done a ghost investigation since around 1984, when I was president of the MSPR (Minnesota Society for Parapsychological Research). Back then, we did many ghost investigations (that's primarily what we did) but I got out of it after I graduated from the University of Minnesota. Since that time, the technology has advanced greatly. Now I'm a member of a team called Nightweb Paranormal Investigations, led by my friend Mikail Bumpus.

The subject of the investigation, the Palmer House, is a very old hotel, and reputedly very haunted. People see ghosts there all the time. It's even been the subject of popular television show "Ghost Adventures". I heard dozens of ghost stories about the place: There's room 22, which is very noisy, even when unoccupied (and the television turns itself on). There's the ghost of a little boy who sits on the stairs and sometimes rolls a ball. There's the ghost of a German fellow and lots of other ghosts in the basement. There's Annie, an affectionate old woman who haunts room 11. Lots of ghosts.

I think most people would agree: It's one thing to hear ghost stories, and it's another to experience it yourself. I only want to talk about what I personally experienced myself. Seeing is believing, so I know my camera's photos were not faked. I know my audio recorder was not altered. Besides, I haven't heard from the other teams yet.

There were a lot of investigators. That makes it difficult because there's too much talking and background noise to get solid evidence over all the noise. We split up into small groups, each of which walked around the place with cameras, audio recorders, video recorders, K-2s, and other gadgets, trying to make contact.


And what did I find? Ghost cats. I'm still waiting to hear what other investigators got, I got evidence of ghost cats.
The first ghost cat I noticed was on an ordinary photo from my Sony Alpha 1 digital camera of the hotel lobby sitting area. I took this photo myself and it's not been altered. At first glance, it looks like a normal photo, right? 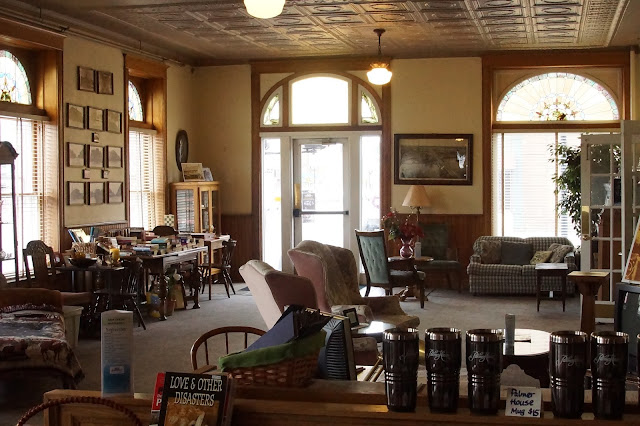 Look closer. This is a 24-megapixel camera, so focus on the blue chair sitting on the very back wall, next to the sofa. Next to the curved railing, it looks like a ghost cat is sitting in the chair. Zoomed in, it looks like this: 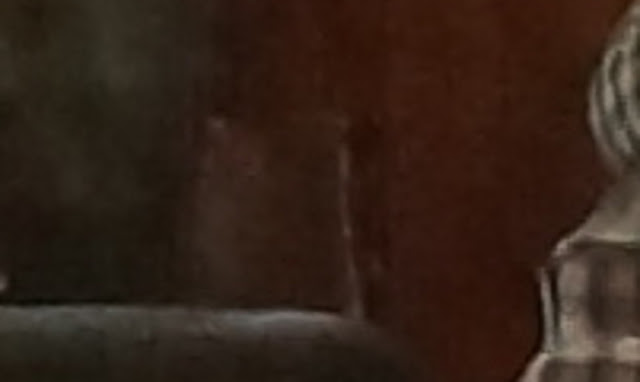 I used a photo processing program called "gimp" to adjust the brightness and contrast (and nothing else), and it becomes a bit easier to see: 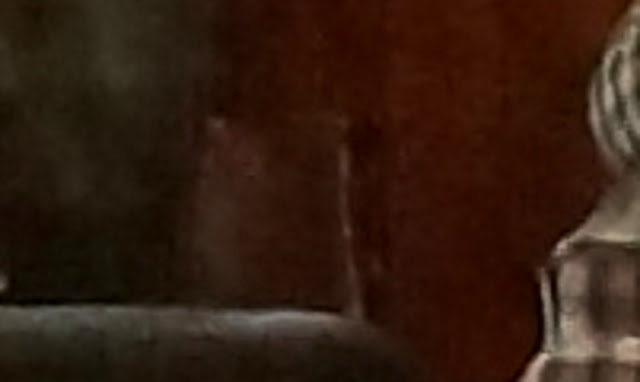 Incidentally, the photo I took before this one also shows some possible paranormal activity: It looks like the ghost of a little girl standing next to that same chair. But that's another story.

Later that night I joined a group of investigators in room 11, "Annie's Room." As standard operating procedure, I had my audio recorder going. At one point in the recording, there is a very clear "meow" and 17 seconds later, another very clear "meow." You can listen to the excerpt here:

I have a strong allergic reaction to cat dander, so I'm always on the lookout for cats. I guarantee you: there were absolutely no cats in any of the rooms while I was there, and I did not have a reaction. So whatever made these "meow" sounds was either a ghost cat, or one of the investigators (or their recordings.)

I contacted one of the investigators who was in the room with me, a guy named Jerry from SIM (Supernatural Investigators of Minnesota). I sent him a facebook message:

Bob: "Hey Jerry, remember Palmer House when you were doing the Ganzfeld experiment? I've been going over my audio recording and seem to have caught EVPs of two cat meows. You recorded that on video, right?"


Jerry: "Yes I did - plus I had a cat walking on my bed and video taped that too!"

Bob: "Wait. A physical cat? Or a nonphysical one? I don't remember any physical cat there."

So now I'm anxiously waiting for the other evidence to pour in, including Jerry's video recording.

One nice thing about a ghost cat: It's clear to hear over the noise and talking of other investigators.

Note that we haven't examined all the evidence we gathered, so these are only preliminary findings.