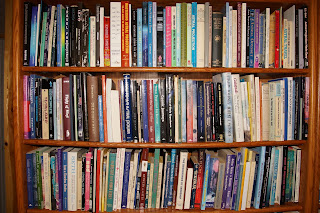 The last OBE book I reviewed was Boundless: One Woman's Journal of Her Out-of-Body Experiences by Anita Gamba, which was basically a collection of OBE narratives from the author and what she learned from her OBEs.

Your subconscious is a powerful thing. It has much more control and intelligence than most people realize. It's not a mindless zombie waiting to be programmed. It is another part of you, a real living, breathing "you" who sits back behind the scenes and watches what you do.

But don't think of it so much as a process running in the back of your mind, even though it is. Think of it like a full grown dog who is holding your leash. It's very intelligent and has a will of its own. Even though it's still technically "you," it can think and act independently. It has its own motivations and desires.

The first important thing to realize is that your subconscious can pull you outside your body any time it sees fit. While the "conscious" you may need to spend hours carefully quieting the mind, relaxing the body and tricking your awareness away from the body, it's child's play to the subconscious. It can pull you out almost instantaneously. The problem is: it's not motivated to do so. That's where the programming comes in.

So how do you program your subconscious for OBEs? In many respects, it's like training a dog. There are several methods. One way (not applicable to dogs) is hypnosis. Another way is rewriting your self-talk / internal dialog; you know, the little things you say to yourself throughout the day, like "Man, I'm tired," or "I'm really bad at this." A third way is direct communication, and that's what I want you to start doing. It's not too different from the self-talk; it's blatant reminders to the subconscious. And since you are really one person, its will is your will. As long as your goals and its goals are compatible, it won't have a problem helping you out.

So here's what you do. Read a book or website that has a lot of OBE narratives. It doesn't matter which one; almost every OBE book has them. Gamba's book is a good example. Author Robert Crookall studied OBEs and wrote several books about it, and a lot of his books contain hundreds of OBE narratives, such as The Study and Practice of Astral Projection or Case-Book of Astral Projection, 454-746.

Just read OBE narratives one by one and as you do, perform these steps for each:
That's basically it. The important thing is that you imagine yourself out of your body, performing OBE actions, and stay focused on it for a while. Don't just brush it off with a "Yeah, that'd be cool." Use your imagination as much as possible, and use as much detail as possible because, like a dog, the subconscious doesn't think with words as much as it thinks in terms of your imagination. (Although the subconscious can understand words, much like a dog can understand words.)

Performing these steps can increase your OBEs dramatically.

One last thing: I recommend you also give yourself one last affirmation (or five!) before you go to sleep. Tell yourself, "I really should really have a conscious OBE tonight."


See you out there.