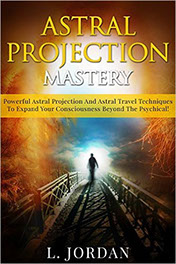 The book is a decent size, with decent font and small margins, but it's only 89 pages, so kind of small.

The information is solid, for the most part. The biggest problem I had is that the book was difficult to read. I've read many books in my lifetime, but this one was just cumbersome for me, and I couldn't quite tell why. I can't accuse it of being immature, or having poor grammar, spelling or structure, but for some strange reason, I found myself having to re-read every sentence two or three times to make sure I understood the meaning.


"No single human being has the onus of dishing out the outstanding energies that traverse your different planes, both physical and celestial." (pg. 45)

Maybe the author is British, so the sentence structure was not what my brain expected. I'd literally read a sentence, then my brain would go, WTF did that just say? I'd re-read the sentence and say, Oh. Right. Got it. Then I'd look at the sentence again and wonder, "Why did that sentence trip me up?" Beats me; it makes perfect sense the second time through. I felt this way about literally every sentence in the entire book. So it's accurate to say I read this book twice; I just did it a sentence at a time!

Several of my colleagues at work are British, so I'm well versed in British colloquialisms and phrases, like "In due course," "straight away," "there we go." So it's not that. I've read some very fine books by British authors, such as Graham Nicholls, and never had this problem before. So I'm not quite sure why I struggled. "Going for an astral travel."

The other problem is that instead of making points and building one sentence on the next, the author asks way too many questions. For example, chapter 4 starts like this:


"Astral Projection does really feel like a dream, doesn't it? You being physically immobile and mute, yet you are seeing yourself walking or driving and chatting with people you know you in real life... It does really feel like you are dreaming. But are you really in a dream state? The answer is no -- dreaming is dreaming and astral projection is what it is." (pg. 26)

A few times is charming, but Jordan does it way too often.

By the way, I disagree. In a dream, you're unconscious. In astral projection, you are conscious (which the author later admits). But no, it doesn't feel much like a dream to me. It doesn't feel like a lucid dream either. In a lucid dream, you're conscious, but the scenery is often more vivid, realistic, vibrant, colorful, and seems more solid, like a vivid, detailed dream. In an OBE, the scenery is often heady, foggy, trippy, or otherworldly. But Jordan doesn't give much explanation to justify his views.

After a few chapters I found myself imagining a man with a thick British accent reading it aloud, and it flowed a little better in my mind. (I don't know if L. Jordan is a man or woman. I imagined a man's voice simply because my British co-workers are all men, so that's what I'm used to hearing.) However, I also noticed that the author used American spellings. For example, "color" instead of the British spelling, "colour." Go figure.

The book has no OBE narratives, and I don't like that either. You don't get any sense of the author's experiences or credentials. Like so many average OBE books out there, Jordan just gives you information about astral projection and you're expected to accept it at face value.

On the positive side, the book is chock full of OBE techniques:

These techniques are not short-changed, but they're also not explained as well as the original authors.

It also has a decent section on preparation, and some unique and creative ideas. For example:


"Make your body boring and your astral body beautiful.
This is the trick when you want to coax your astral body out. You need to visualize your body in a color that is pretty dull, and then have yourself focus on your astral body, in its very attractive and bright color, pulling itself out of that boring place that is your body." (pg. 43)

I disagreed with the author on a few points. For example,


"Remember time and distance are very different on the different planes. An hour on the physical world could be covered by a minute on the astral plane--or something like that." (pg. 44)


To me, it seems like time passes pretty much normally, with a few exceptions.

On page 83, Jordan talks about the scientific community's view of OBEs:


"Even in the early '70s, there was this lady parapsychologist, Susan Blackmore, from Oxford University, who researched and studied about out of body experiences. As a bonus, she even had her own personal experience in astral travels....And as we are wont to say, it was all in a day's work!" (pg. 83-84)

But Jordan fails to give the other side of this discussion: Susan Blackmore later went on to become quite an outspoken skeptic on the matter, as made clear by her subsequent books (several of which I've read). Jordan says nothing about that. (It's okay to support your views, but in nonfiction, you should at least tell the whole story and let the reader decide.)

The grammar and spelling aren't bad, but like I said, the writing seemed cumbersome and hard to read.

This is not a bad book, but my personal opinion is that there are a lot better books out there. It's certainly a lot better than my previous book review, but still not in my Top Ten OBE Books, let alone the top 3. I don't know what the reviewers at astralism.com were smoking when they listed it in the top three. In my opinion, it's not even close. I'll give it 3 stars.