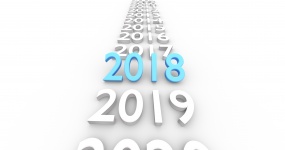 On a somewhat regular basis, someone posts a plea to the Astral Projection Facebook groups that goes something like this:


"I've been trying to achieve an out-of-body experience (OBE) for two years, but still can't get out. Any suggestions? What am I doing wrong?"

I also get a lot of emails that say the same thing. I usually ask, "What have you tried and what was the result?" They usually reply, "I do this [some particular technique like "Rope"], but it doesn't work." And I think to myself, "Wait. You've been doing the same thing over and over for two years? That right there may be your problem."


Everybody is unique. We've all got our own stubborn in-the-body programming we need to overcome. What works for one person doesn't always work for another person. So you need to change it up. You need to experiment. You need to find out what works best for you.

Some of the better OBE books actually suggest you try an OBE technique for two weeks, and if that doesn't work, change to a different technique. Change your OBE technique every two weeks until you're successful.

Here is a short list of some OBE techniques you can try:
Even if you find a technique that works once doesn't mean it's going to work again. I had immediate success the first time I tried Robert Monroe's "Lines of Force" technique back in 1979, but then it stopped working. It only worked once for me, so I was forced to find other techniques.

There are literally hundreds of OBE techniques out there; you just need to do the research and try them one by one, until you find combinations that work best for you. There's a lot of free information on the Internet (like my blog and my website, robertpeterson.org, and the "Files" section of some of the Astral Projection groups in Facebook).

Sometimes the problem is not that they're trying the same thing over and over, but they have a specific problem to overcome. Often, they don't tell me what it is, and it's very difficult to pry it out of them; sometimes they don't even know.

Below is a list of five common OBE attempt problems and how to overcome them.


I've heard this countless times: "Every time I try to get out, I fall asleep." If you fall asleep during OBE practice, modify your technique:


Problem #2 - "I stare straight ahead and nothing happens."

Whenever I hear, "I just stare straight ahead and nothing ever happens." Sometimes I need to ask, but sometimes they voluntarily tell me "If I try to move, my physical body moves."

This is a very common problem and it means you're not going "deep enough."

This problem is usually caused by people being too afraid of falling asleep during their OBE attempt, so they keep themselves alert, conscious, and ever vigilant. The problem is: You need to get closer to the sleep state than that.

With OBEs, there is a VERY delicate balance between "too awake" and "too asleep." In my second book, Lessons Out of the Body, I use the analogy of walking a tightrope: You've got to maintain a delicate balance between waking and sleeping. You've got to narrow your focus down to a tiny thread of awareness, but still not lose consciousness. I've fallen off that "tightrope" at least a hundred times for every successful OBE, so you need to be persistent and keep trying. Don't be afraid of falling asleep; just pick up the pieces and try again next time. You've got this!

During OBE practice, if you start to see images and hear strange voices, that's good: Those are hypnagogic hallucinations, an important milestone on the path to OBE. If you never see or hear those hallucinations, you're probably not "deep" enough and should allow yourself to edge (drift) a little bit closer to sleep.

Problem #3 - "I can get the vibrations but they fade away"


If you can induce "the vibrations" that's an important milestone. If you don't know what to do from there, I wrote an article that may help called What Should I Do When The Vibrations Hit.

If you don't get any vibrations, don't worry about it. Sometimes (and for some people) the vibrations are so mild they don't even notice them. So don't think you need to get vibrations before you exit. You'll very likely know when it's time, even if you don't feel any vibrations.
Instead of vibrations, you might just become aware that your body is snoring. This still happens to me from time to time. I'll be completely awake and aware, while my physical body is fast asleep and I can even hear it snoring in the background.

Often when this happens, your body is asleep, and you are in the out-of-body state but just don't realize it. You feel conscious and normal, so you never actually attempt to move away from your sleeping body.

The solution is: try to sit up, stand up, or move away from your body, just like you would physically. If your body moves, you're still not "deep" enough (see problem #2). If you're in the proper state, your physical body won't move, but your non-physical body will. If it doesn't move, and you're paralyzed, keep reading.


This is another important milestone. It means your physical body has gone into sleep paralysis, which is a normal, natural thing. The secret to transition from this state into a full-blown OBE is contained in a short article on my website called "What Everyone Should Know About Sleep Paralysis, ASP and OBEs.

Problem #1 - The rut of practicing halfheartedly


After you've been trying to achieve OBEs a few months, some people tend to get into a rut of making halfhearted OBE attempts. You've got to be passionate about this. You've got to try hard. You've got to keep pushing. Do you ever find yourself thinking, "I'll just spend my X minutes doing technique Y today, then I can say I made my daily OBE attempt"? That's the wrong attitude. That's a rut. You need to go into it with the expectation of success. If you've failed for two years, that's no reason to do it half-heartedly. You need to keep the passion.


Problem #2 - Not writing down your dreams

It's very easy to get stuck in a pattern of not writing down your dreams. I get it. You're busy. You don't have time to write down your dreams. You may tell yourself that you'll remember them later, and that's enough. Well, that may be so, but if you shortcut this, you'll make OBEs a lot less likely.

I've said it many times: The dreams themselves are unimportant (well, maybe they are important, but that's another topic for another day). What is important is this: When you write them down, it reinforces a neural connection in your brain related to "paying attention" to what's happening while you sleep.

If you wake up and immediately forget your dreams, you're basically telling your subconscious, "What happens over there (on the other side of the veil) isn't important" and that trivializes and minimizes your potential OBEs. When you write down your dreams, you're telling your subconscious, "What happens over there is important to me" and that implies dreams, lucid dreams, shared dreams, and out-of-body experiences.

You need to reinforce that brain circuit that pays attention to what happens on the other side of sleep.


This is another common rookie mistake. You don't think about OBEs all day long, then when you go to bed, you decide to attempt it. The trouble is: if you only think about OBEs once a day, your subconscious interprets that as a relatively low-priority, unimportant task to work on. You need to bump the priority.


There are a lot of variables when it comes to inducing an OBE, and it often helps to try adjusting these. For example, some people need total darkness/complete blackness to induce an OBE. If your room is too light, try wearing an eye mask to shut out the light. Other people need a little bit of light: light shining through closed eyelids can stimulate the production of consciousness chemicals in the brain. So find out what works best for you.

The same goes for noise. You can't induce an OBE if it's noisy. Dogs barking, lawnmowers roaring, and other noises can distract you too easily. So experiment with earplugs, noise-canceling headphones and/or white/pink noise (or just the noise of a fan blowing) to counteract a noisy environment.

"But my problem is something different!"


If your problem is not in this article, don't lose heart: there's a solution for every problem, so do some research and ask questions on OBE forums and Facebook groups.

The most important thing is that you strongly desire an OBE, are persistent in trying to achieve them, and never ever EVER give up.