Review: I Have Seen It Tomorrow by Iris Krst

Review: I Have Seen It Tomorrow 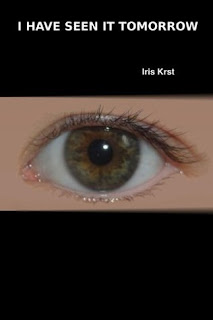 
Today I'm reviewing the book "I Have Seen It Tomorrow" by Iris Krst, which is a pen name. The author is apparently a woman from Slovakia who is fluent in 5 languages.

Like the majority of OBE books, it's a mixture of good and bad.

Although the title doesn't say it, this book is about OBEs. Kind of. Although some of the information comes from Krst herself, it's mostly about her husband John and his OBEs. Unlike most OBE books out there, there are no OBE narratives.
In fact, there are no OBE techniques in the book either. It's mostly just "information" or claims made by John about reality, based on his OBE observations, and relayed to Krst second-hand, and to us third-hand. It's kind of the opposite of Clary G. Valentine's book An Adjacent Place because Valentine wrote about his friend's OBE observations and how closely they matched with reality. Krst's book is about John's OBE observations and how he sees reality, based on his observations. But most of John's observations about reality are "way out there" and unprovable.


Unlike some books that try to describe what the afterlife is like based on OBEs, this is more like John's "Big Toe" (theory of everything). How he thinks the physical Universe works, based on his OBEs.

I'll be the first to admit I'm highly skeptical about any paranormal claims unless I experience them for myself firsthand. So I always look at people's OBE claims with a certain degree of doubt and skepticism, even though I've had many myself. I'm sure reading Susan Blackmore's book Seeing Myself just prior didn't help; if anything, it made me look at things with a more critical eye. Still, I've had so many OBEs myself that I can't dismiss anyone's experiences offhand, no matter how wild.

When someone makes a claim about the "astral plane," or "other worlds," or "the afterlife," or "non-physical existence," I respect that because I've seen it firsthand: Things are different "over there" and I've seen enough to know how different it really is. But when someone starts to make claims about physical reality, we can match that against observations of science, so my skepticism kicks in.

The seeds of my doubt were planted immediately when I found out the first chapter is called "I was fully conscious during my birth." It's a remarkable claim, if true, but it's a pretty wild claim. I believe we're all "conscious" during birth, but our brains and memories aren't organized enough to process the information. It gets even more wild:

John also claims to remember his past lives too. One thing that bothered me was that Krst writes:

Say what? She goes on to explain that John spends more time out-of-body than he does inside his body. Either John is a very remarkable person, or he has a serious dissociative disorder.

Now granted, a lot of people claim to have OBEs while still able to narrate physically what's happening. Monroe Institute "Focus Level" experiences, for example. But my OBEs are never like that. I can't think of a more confusing state to be in than one where I'm having an OBE and yet still fully awake. To me it makes no sense. In my mind, that would be more like Remote Viewing. More claims about John:


"I have been exploring Mars among other places. There is running water there, which I have discovered a number of years ago." (pg. 12)

Okay, exploring Mars or another planet seems like a good use for OBEs. Ingo Swann did similar things, and made some wild observations that later turned out to be true, but that was under strict laboratory conditions. And again, Swann's "OBEs" were more like Remote Viewing (RV) or Focus Level experiences than true "My body is elsewhere" OBEs.

NASA just admitted (after I got Krst's book) they found evidence of liquid water in a lake on Mars, and that's remarkable. But it's buried beneath a really thick layer of ice, at the South Pole. So what exactly does John mean by "liquid water?" Bear in mind that Mars is a very cold place. A "hot summer day" on Mars may get up to 70F (20C) near the equator, if you're lucky, but at night the temperature plummets to about -100F (-73C). In the summer! Winter is much colder. And the poles are much colder. And the equator (and most of the planet) is desert and rocks. So all the liquid water must have frozen and stayed frozen hundreds of thousands of years ago. Nothing liquid about it. A few hours of 70F isn't going to melt much ice after that kind of cold. I'm from Minnesota, so I know from experience (the coldest I've seen is -76F / -60C) Was John talking about the ice-covered liquid lake on the South pole of Mars? He didn't say. He said liquid water, which isn't going to happen on the surface, as far as I know.

That just doesn't make sense to me. Especially since he claims elsewhere (as do a lot of other authors) that time doesn't really exist out-of-body. Here's another quote that didn't make sense:


"Where does the extra power created by the co-vibrational sympathetic resonance come from? The resonant cavity created in the three main cavities of our physical body - the torso, the chest, and head, represents what religion calls trinity or triunion." (pg. 26)

Er, no, I can't even imagine that. The physical body is just a vehicle of expression or consciousness.

John also talks about extraterrestrials, which he calls ITs. That's not unheard of in OBE literature. For example, Darryl Berry talks about them in his book Travel Far (which I loved). But John says things like:


"You have to understand that the ITs do not possess any free will. They are free will themselves." (pg. 29)


"When I was pregnant with my second child, it is my understanding that different ET factions were fighting over my fetus." (pg. 8)

This, too, seems a bit over the top. More claims that don't make sense to me:


"There are many spots in the ocean which serve as gateways to other dimensions." (pg. 37)


"It seems that John experiences his own future as a non-physical form out of body first. Only after he does, he will experience the same as a physical mass, in reality, in the physical body. Consequently, John lives in two different time horizons and realities. He can easily skip from timeline to timeline and can jump from the present to the future or the past...For him, everything comes from the future. Thus the future affects the present...Energy from the future precedes matter and shapes the present. Effect precedes the cause. The law of cause and effect is seemingly broken." (pg. 40)

Based on my own experiences, I believe we carefully plan our future from the out-of-body state. These later manifest in reality. William Buhlman (and others) also talk about how physical reality is shaped by pre-existing structures and "thought forms" you can witness when out-of-body. So I can see where John might interpret that same concept another way. Either that, or I have the wrong idea. But if energy from the future affects the past and the law of cause and effect are broken, well, I'd have to believe scientists would know about it, or at least theorize about it.

Then again, John almost seems to change his story and doesn't make sense:


"And time itself moves backward, as your consciousness extends into antimatter space. In this space, left is right and right is left, you see objects upside down, and the present is predetermined by the future." (pg. 42)

Antimatter space? Is that like dark matter he's talking about? Okay, I can see where John gets this idea too. I've been in OBEs in which I totally lost my sense of spacial orientation, where the ceiling (or a wall) appeared to be the floor, so yes, everything appeared upside down, or on its side. I can see how he can believe that the present is determined by the future because, as I said, we pre-plan the future in our sleep, so we often see it there first. (See my blog article about Deja Vu for more info). But to me it seemed like John was just confused about what is happening.

But hey, we can scientifically test that, right? Just have John return from a lottery drawing of choice and tell us the winning numbers. It should be easy, given his claims. By the way, that is exactly what OBE author Eddie Slasher tried to do, as described in his book Explorations Out of the Body, with the Georgia Pick 3 lottery. Although he got some interesting results, Slasher failed it every time, and I highly respect him for his honesty, integrity, and candor about the subject. (I've never written a review of Slasher's book). I'm sorry if I sound overly skeptical: Again, I'll blame Susan Blackmore's book for having jaded me just a bit.


"Recently, according to John, a special child was born on Earth whose genetic code holds a special key. It will play an important role in the development of the human race tens of thousands of years in the future. In the future, the special key from the child's genes will be used to produce a child made of a special metal, in a laboratory. John used the word metal because there is no name for the material from which the child will be produced. Metal is the closest word to it." (pg. 45)

What am I to make of this? Well, maybe John's talking about genetic engineering, or human hybridization, or robots, or something...but it's really not OBE related. Again, how can anyone possibly know whether or not this is true?

And that's the main problem I have with this book. It's not really about the OBEs, or about the non-physical world, or astral planes, or the afterlife, or anything like that. It's just a bunch of claims about reality that are impossible to verify. I can't wrap my science-oriented head around most of what John claims. Is that John's limitation or mine? I can't say. But this is the same problem I had with Astral Projection as a Bridge to the Spiritual World by Luiz Roberto Mattos. Mattos' book made claims about the non-physical world that cannot be verified, but Krst's book makes claims about the physical world that cannot be verified. Some of the information was interesting, and fantastic, if true. But it left me with more questions than answers.

On the plus side, the writing is actually pretty good, especially considering Krst is a non-native speaker. As far as grammar and spelling, I only found a few mistakes in the book.

I'll give it two and a half stars. Too much of it didn't make sense to me. I may be an out-of-body experiencer, but I'm still too grounded in science. Or too jaded by Blackmore.