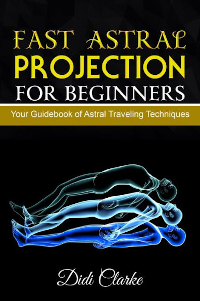 In my opinion, this is a run-of-the-mill self-published astral projection book with nothing to distinguish itself and nothing significant to add to the genre. I have the same gripes about this book as I have many others like it:
Clarke gives four astral projection techniques:
Seriously? Standing up? If your body has enough muscle tension to keep you standing, you're not really out-of-body, right? And if you're standing, your body will hold too much tension to allow you to let go. If you induce an OBE from a standing position, your body would probably collapse in a heap. Mine would, anyway. Yes, there have been cases in which people have left their body and it keeps right on walking and such. Mary Deioma's book, Loved comes to mind. It's even happened to me, but purely by accident. Still, it certainly seems like an odd thing to recommend. I would recommend total relaxation instead.

Clarke also dedicates a chapter to remote viewing, and one to lucid dreaming, but neither is given proper attention, and neither is an OBE.

She also gives her own variant of Wake Back To Bed (WBTB) which she calls the REM Disruption, but unlike the conventional 6 hours of sleep, she recommends setting an alarm for 4 hours of sleep. Maybe she got this from Albert Taylor's book, Soul Traveler?

Curiously, she offers instructions on how to return to your body when you're done. Well, that right there sounds like the voice of inexperience to me: OBEs end automatically, and usually way too early. The trick is staying out as long as you can before you get automatically sucked back in. In other words, getting back in your body is not something you should ever need to worry about.

Clarke does give some sound advice with regard to practice. For example, she warns against practicing halfheartedly (pg. 40). This is very true. But advice like this is scant.

She seems to be yet another author trying to make a living from writing lots of tiny books on a lot of topics. I can't fault her (or anyone) for wanting to make money from writing, but it demonstrates that astral projection is not the primary focus in her life. You'd do better to get a book that displays passion for Astral Projection / OBEs from someone who has made it their life's work, like William Buhlman, Robert Bruce, or Graham Nicholls.

On the plus side, the book is well written and organized. I didn't find any glaring grammar or spelling problems.

I'm sorry, but I just can't recommend this book. It's better than some, but it's way too short, and doesn't go into enough depth on any topic. And as far as I can tell, the author doesn't write from experience. It's just a restating of what other people have written on the subject, but better.