Today I'm reviewing Wake Up Church! The Enemy Is Within Your Gates: Astral Projection and the Church by Marilyn Schrock.

A Facebook friend told me about this book; I was previously unaware of its existence. Naturally, I had to buy it for my collection. It's a small book in physical size,and only 70 pages long.

Make no mistake: This book teaches that Astral Projection is evil, evil, evil. But since I always try to keep an open mind, I'm willing to examine the evidence. If astral projection is evil, I want to know exactly why, and I want substance to back it up. I've had many conversations with many Christians over the years and none have managed to convince me.

Nearly two years ago, in April, 2014, I wrote an article on my blog titled Are OBEs Against Christianity? In one word: No. I ended the article with these words:


"...don't tell me OBE is evil or against the Bible unless you have specific biblical passages to back it up....If you do, send them to me, because I'd love to know: bob@robertpeterson.org"


So when I heard about this book, I thought, "Okay, Marilyn Schrock, you say Astral Projection is evil, so bring it on. Convince me. Let's see what evidence you use to support your claims."

Does Schrock have any biblical passages to back up her claims? No. Not one. Sure, she presents plenty of biblical passages from the King James Version (KJV) of the Bible, but none of them talk about astral projection. Not even close. With a genuine desire to learn, every time I read a reference from the Bible, I brought out my handy dandy KJV Bible and looked it up (I always carry several versions of the Bible with me at all times: It's an app on my phone). Every single Bible passage she referenced: not one shred of evidence points to OBEs being evil. So let's get into the thick of it, shall we?

In chapter 1, What Is Astral Projection, Schrock writes:


"The astral projector goes illegally into the spirit world." (pg. 3)

And yet she does not cite which law is being broken, nor any Biblical passage to back up her claim. She writes:

I've read almost 200 books on astral projection, and I've not seen that claim once, nor have I heard such a thing in any of the 36 years of conversations I've had on the topic with people, including many famous astral projectors like William Buhlman, Albert Taylor, and Kurt Leland. She claims:


"Astral projection is a very real and serious enemy of the church. Isaiah 59:19 promises us, 'When the enemy comes in like a flood, the Spirit of the Lord will lift up a standard against him.'" (pg. 7)

But she doesn't say what makes it a threat, and again, no passages from the Bible to support her claim. While Isaiah 59:19 is cited, the actual passage has nothing to do with astral projection. She claims:


"Those with unholy soul ties, pawns of projectors and astral projectors have their real voices overridden and shut down by the demonic. Their "yea" is not a yea and their "nay" is not a nay (James 5:12, KJV). James also tells us a double-minded man will receive nothing from the Lord (James 1:7-8)" (pg. 17)

But Neither James 5:12 nor James 1:7-8 says anything about astral projection. She claims:


"Astral projection is a high form of witchcraft. It is strictly forbidden by Scripture and is rebellion and lawlessness (1 Sam 15:23)." (pg. 21)


"For rebellion is as the sin of witchcraft, and stubbornness is as iniquity and idolatry. Because thou hast rejected the word of the LORD, he hast also rejected thee from being king." (1 Sam 15:23)

Really? I haven't read all the Harry Potter books, but I have seen all the movies and I don't recall astral projection in a single one of them. Even if there was, it's fiction: it proves nothing. She says:

Again, there's no passage in the Bible to back up this ridiculous claim. She claims:


"All astral projection is a form of witchcraft. Witchcraft is from the pit of hell and the devil. There is no gray area." (pg. 31)

Again, she gives no passage in the Bible to back up this claim.

In chapter 10, ("Astral Projection Provides the Cover to Commit The 'Perfect Crime') she talks about a Jamaican pastor who supposedly gave her a lot of "information" about astral projection. He taught her:

Wow. That's quite a claim. Again, in almost 200 books and countless conversations, I've never heard of such a payment. I've certainly never laid out cash for a demon, and I've never been attacked as she describes. I've certainly never been broke either; I've always had a good job in the computer industry and never had money problems since college. I've never once said I was broke. Maybe they run things differently in Jamaica? Her claims get even more absurd. The same Jamaican pastor taught that:


"The astral projector must kill a family member with astral projection to gain power. (There is a similar requirement to becoming a witch doctor in Ghana, West Africa...)" (pg. 38)


"Pastor told us that astral projectors can turn themselves into animals, frogs, lizards, etc., to gain access and open doorways into others' life and property." (pg. 39)

Although there are occasional reports of astral shape-shifting, it's not a matter of gaining access to anything, since in the out-of-body state, you could just stroll right into people's private lives regardless. Unless she means physically, right? If so, I've never heard such a ridiculous claim.

In chapter 11 ("Come Out From Among Them") she tries to claim that astral projectors have relationship problems, and that it even leads to abuse. She says, for example:


"Anyone who has been married to an astral projector knows that to leave will bring on reprisal and retaliation. There is a fierce battle that goes on and they have great fear." (pg. 41)

Again, this is a ridiculous claim. I've never come across a single correlation between astral projection and abuse. I've certainly never abused my wife, nor she me, but more about my marriage later.

In chapter 13 ("How to Overcome Astral Projector Attackers") she claims:

Again, no Bible passages are given to substantiate her outrageous claims. In nearby passages, she quotes Luke 10:17-19 but those passages say absolutely nothing about astral projection.

In chapter 14 ("How to Set Captives Free From Astral Projection") she writes:


"Astral projectors are deceived because astral-projecting demons have held captive, kidnapped, bound up, and tied together the projector's soul and spirit into one unit and project out both together." (pg. 59)

Like her other claims, this is given as a statement of fact with nothing behind it. As a matter of fact, most astral projectors claim a separation between the astral body, etheric body, and other bodies. Nothing "bound up" about it! She claims:


"Astral projection is the UTMOST rebellion against the Lord and against His creation because it is against the image of God in man. Astral projectors deceive others, but they are the ones who are most deceived. They came into agreement with astral projection, but they did not bargain for their soul and spirit to be kidnapped and held captive." (pg. 60).

Again, this blanket statement is completely unsubstantiated, without a single citation from the Bible. On the next page, she states:


"Although astral projectors can use Christian gifts because the gifts and callings are without repentance (Rom. 11:29, KJV), they walk as divided people and are split into more than one personality." (pg. 61)

I don't know of a single study that suggests any correlation between astral projection and DID (Dissociative Identity Disorder) also known as MPD (Multiple Personality Disorder). If such a correlation existed, it would surely have been cited in the excellent book With The Eyes of the Mind by professional psychiatrists Glenn Gabbard and Stuart Twemlow, which is pretty much dedicated to scientifically comparing out-of-body experiences to personality disorders (none of which have a correlation, by the way).


"A bound, held-captive projector cannot share their soul or spirit with their spouse or family. Their relationships are shallow and unfulfilling due to a lack of intimacy because of their soul and spirit have been kidnapped by demons." (pg. 61)

False. My wife Kathy and I have happily been married since 1992. In May, 2016, it will be 24 years, and we're still best friends. We never fight and we cuddle every day. For ten years we commuted to the same job (a computer programming department of two), shared the same office, and pretty much spent 23 hours a day together (the 24th hour was a half-hour for each of us to shower). Does this photo from 2009 look like an abusive or unhappy marriage to you? 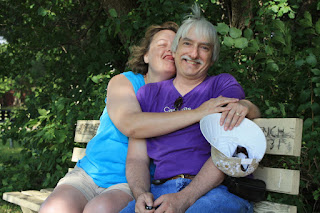 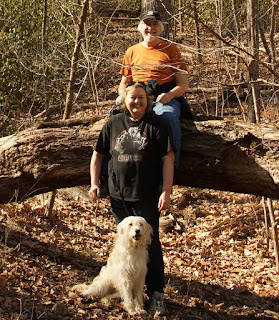 Well-known OBE author Jurgen Ziewe has been happily married longer than I have. I'm pretty sure William Buhlman's marriage has been a long one too.

The bottom line is: If there was anything in the Bible condemning astral projection or out-of-body experience--or even casting it in a negative light--Schrock would have cited it. Since she didn't, I can only assume that either she doesn't know the Bible very well, or there's nothing in there to reflect negatively on it. I've certainly never found anything, and I've studied the Bible a lot.

With lack of substantial evidence, she's forced to use the only weapon she has: Unsubstantiated claims, which she makes plenty of.

Where did she get the disinformation she's spreading? Certainly not through direct experience, which is where I get most of my information on OBEs. Certainly not from the Bible, or she would have cited it. As far as I can tell, it comes from other similarly brainwashed Christians. She cites a few other authors like Rebecca Brown's book "Prepare for War" and personal conversations with other pastors and "intercessors" as she likes to call them.

As far as I can tell, the sole purpose of this book is to spread FUD, an acronym we use in the computer industry that stands for Fear, Uncertainty and Doubt, which is how some companies try to discredit their competition with negativity. Don't fall for it. In the New Testament of the Bible it says:


"15 Beware of false prophets, which come to you in sheep's clothing, but inwardly they are ravening wolves. 16 Ye shall know them by their fruits. Do men gather grapes of thorns, or figs of thistles?" (Matthew 7:15-16)

Now ask yourself: What are the fruits of astral projectors? I've never met one person who tried to use it for harm. Most of us use it to explore the afterlife, to become closer to God, to seek the truth, or to deepen their spiritual understanding. Those are the "fruits" of astral projection.

Make no mistake: the only reason radical Christians view OBEs as evil is because it poses a threat: they want a monopoly on spirituality. They know that if you learn how to see the afterlife for yourself--to get your own truth--you won't need them or their ministries. So they put up a wall of fear and disinformation.

By the way, not all Christians believe OBEs are evil. There are some very Christian-oriented OBE organizations. One that comes to mind is the Out of Body Travel Foundation founded by Marilynn Hughes, author of many OBE books.

Some people (myself included) have claimed to have used OBEs to contact Jesus Christ himself. For more information, read this article: http://obeoutlook.blogspot.com/2015/12/meeting-jesus-christ-face-to-face.html

This book gets a HUGE thumbs down for disinformation, unsubstantiated claims, and spreading FUD (fear, uncertainty and doubt). It's hard to imagine sane people can even think that way. And again, I reiterate: If you think OBEs or astral projection are somehow evil or against Christianity, and you have solid evidence to back up that claim, by all means let me know. Until then, I will view OBEs are the very best tool we have for spiritual growth.