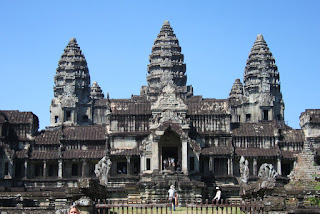 Many people have read about my non-physical travels, but very few have read about my in-the-body adventures. Kathy and I have traveled all over the world, and people often ask me: "What's your favorite place in the world?" I don't have just one. Every place I've visited has its own unique psychic energy. I guess it all depends on what you're looking for, right? So I thought I'd share some of the places I found most magical, most spiritual, most holy, most beautiful, and even the most scary.

I love forests. I feel at ease there; one with nature. I even live in a forest in central Minnesota, surrounded by wild animals and the peaceful sounds of nature. Nevertheless, in my experience, the place with the scariest energy was a forest: the site of the Cu Chi Tunnels in central Vietnam.

Cu Chi is depicted in many war movies about the Vietnam War. Back in the 1970s, soldiers crept through this forest with guns, machetes, and grenades, trying to avoid the many spiked pits and booby-traps swinging down from trees to impale them. Those who survived the traps were usually ambushed when Vietcong soldiers popped out of the ground and gunned them down with machine guns.

You don't need to be psychic to feel the intense residual psychic energy that lingers in this place. When I visited the site in 2009, even my senses--as "unrefined" as they are--were assaulted by terror and the imagined screams of the dying. I didn't know a forest could feel this scary. You couldn't get me out of there fast enough. It was highly disturbing. (In case you're wondering, I was born in 1961, so I was much too young to be in the Vietnam war). 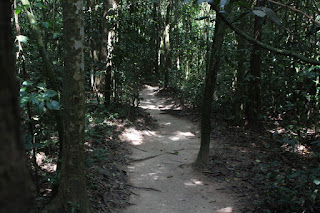 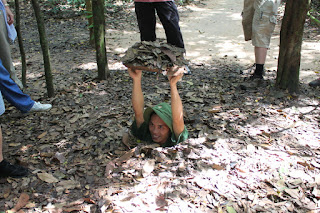 Later in the same trip, I visited another forest, one of the "Killing Fields" sites in Cambodia. You can still see the bones of some of the million+ people murdered by dictator Pol Pot at the memorial. Despite the violence, this forest has been deeply cleansed by daily prayers and Buddhist rituals and now exudes a sense of peace, tranquility, and well-being. 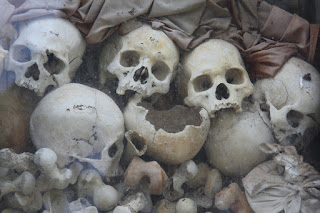 What about places like Auschwitz and Dachau, the sites of the Nazi concentration camps? I had the opportunity to visit there in 1989, but I could not bring myself to do it. I was actually afraid of the negative energy there.


Most haunted: The Tower of London, England


I've been doing ghost investigations since the early 1980s when I was in college and president of a student group MSPR: the Minnesota Society for Parapsychological Research. Since then, Kathy and I have been to some of the most haunted places in the world, and on ghost investigations for about half. They include:
Of all these places, the one that I could "feel" the stongest energy was the Tower of London, in 1989. Ghosts must be afraid of me, because I've never been afraid at any of these places (my OBEs have rid of this kind of fear), nor have I experienced any serious ghostly activity there. (Well, okay, I did have a shadow being walk by me at Waverly Hills Sanatorium, but it wasn't scary.) But the Tower of London just gave me the creeps. 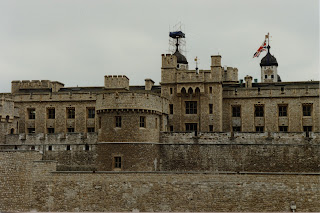 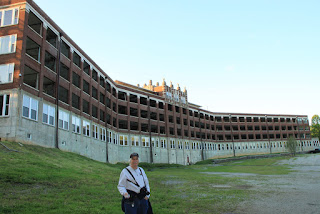 
I went to Iguazu Falls, Brazil in 2008. The beauty is breathtaking and simply cannot be captured on camera. It just goes on and on. Famous OBE author Waldo Vieira was from the nearby city of Iguazu Falls, but I didn't realize it at the time. 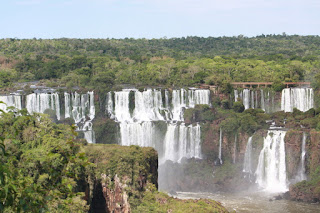 
Machu Picchu is incredibly beautiful and spiritual. It's a very special place. A feeling of sacredness pervades the air. We visited in 2001, and the beauty was breathtaking. 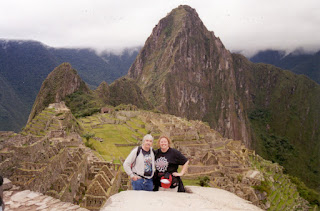 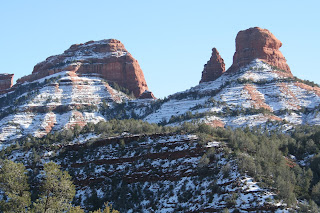 
The place where I felt the most "peaceful" feelings was Salzburg, Austria, in 1989. I don't know what it was about the place. It just felt like "peace incarnate." Was it a past life connection? Maybe.

There's only one word to describe it, and it's a German word that's almost impossible to translate into English: Gemütlichkeit. 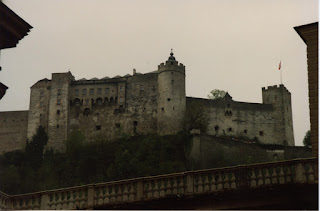 
Meteora, Greece is a place where Christian sects built monasteries on top of the unusual tall rock formations. Most of these monasteries were built on sheer cliffs and the only way to get to the top was with a rope-and-pulley system. They did this to escape the wars and religious persecution. Now, many of them have become tourist attractions with ramps and staircases to the top.

When we went to Meteora, Greece in 1999, there was an energy of intense "otherworldly holiness." We slept in a hotel near the site, and I couldn't sleep: every time I got close to sleep, the spirits of dead priests would literally appear at my bedside and start talking to me. I was like, "Go away. I need to get some sleep!" but it went on and on all night. This has never happened to me anywhere else. I definitely want to go back someday to see if I can recreate that experience. 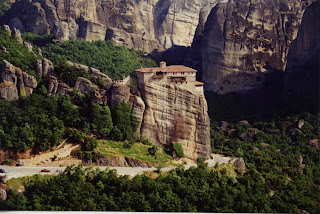 
Kathy and I visited the monastery of St. Francis of Assisi in 2013. In one of the rooms is the burial crypt of St. Francis. This room is a powder-keg of psychic energy. Psychic energy just reverberates throughout the room. Is it the energy of St. Francis himself, or residual from all the prayers done in that room? I honestly don't know, but it's intense. 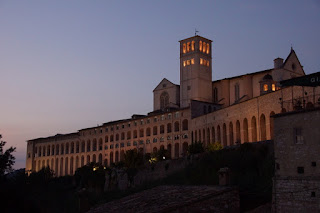 
Kathy and I visited Sitka, Alaska in 1999. It's a tiny town; nothing special. But I walked into this tiny Russian Orthodox church, St. Michael the Archangel, and--BAM--I was assaulted by psychic energy. Like Assisi, the energy was bouncing off the walls. Up to that point, I'd never felt anything like it. When we left, I asked Kathy, "Did you feel anything in there?" Kathy is not sensitive or psychic at all, but she said "Yeah. And if it's strong enough for me to feel it, that's pretty powerful." 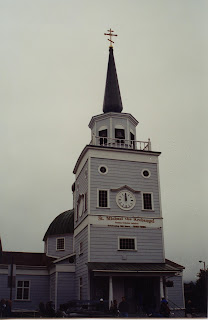 
The town of Lily Dale, New York is an unusual place. In order to own a home there, you have to be a spirit medium. The people of the town are registered members of the Spiritualist Church, the last vestiges of the religion of Spiritualism. Every year, they allow the public to visit the town and host psychic development classes. You can attend their many healing ceremonies, receive free (or paid) psychic readings, hold seances, and other events. The entire town has a very special psychic energy. I especially felt it in the healing temple.

I visited Lily Dale in 2010, and I wouldn't mind going again. 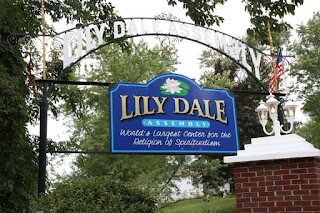 
Most "holy" energy: Dome of the Rock, Israel


I've been to a lot of holy places, such as:
Probably the most holy place I've been is the Dome of the Rock, in Jerusalem, Israel. Located on the Temple Mount in Jerusalem, it was originally the site of the "Holy of Holies," the center of King Solomon's temple, the holiest place in the Jewish religion. This is where the Jews kept the Ark of the Covenant.

This is also the second most holy place in the Islamic faith. It is said that the Dome of the Rock is where Mohammed ascended into heaven.

It's also sacred to Christians. If I remember my story correctly, this is the site where Jesus kicked the money changers out of the temple.

We visited the site in 1995, and my memories are so fond that I based a crucial scene of my book The Gospel According to Mike on it. 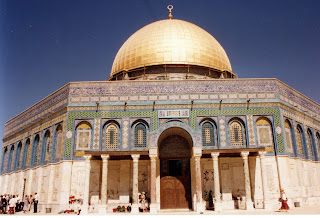 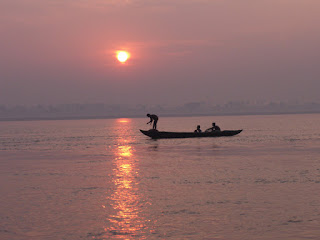 I hope you enjoyed some of the most notable places I've visited. I hope you get to visit some of these places and experience all that psychic energy yourself.