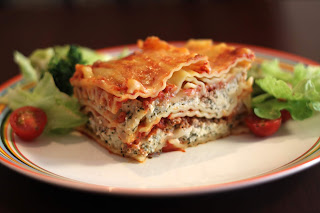 Here's another short excerpt from my forthcoming book, Hacking the Out of Body Experience. It's taken from chapter 69, "Dietary Considerations." I chose this excerpt because my friend Jason Kish recently posted in the Facebook group "The Lounge" about an experience with eating pasta before bed.


* * *
Unless you have gluten intolerance, you probably don’t give much thought to eating foods that contain wheat gluten, like breads, pasta, and some cereals, etc. But for a few years now, I've suspected that wheat gluten can actually help you induce OBEs. As far as I know, nobody has made this connection before, but bear me out and consider the following:


If you’ve read my first book, Out of Body Experiences you may remember that I had my very first full-blown OBE after I came home late from the University and ate a big slab of lasagna: lots of wheat gluten right before bed.(1) That should have been my first tip-off, but wheat gluten wasn't on anyone's radar back in 1979.


I also theorized earlier [in the book] that the infamous OBE "vibrations" might be a "milder" form of a migraine headache. Remember that all three of my brothers and my sister, my mother and my grandmother all had severe migraines. I'm the only one in my family who escaped this genetic curse, but I'm also the only one who has OBEs. Also bear in mind that some people who have debilitating migraines are cured when put on a gluten-free diet.

Now consider this: A few years ago I read an article on how psilocybin, the psychoactive ingredient in “magic mushrooms” affects the brain, based on an analysis of brain blood flow.(2) It caught my interest because many people report OBE-like “trips” when they take psilocybin. The study correlated the “trips” with decreased blood flow to two key areas of the brain, the medial prefrontal cortex (mPFC) and posterior cingulate cortex (PCC). The lower the blood flow to these two regions, the harder you trip.

If that's not convincing enough, consider this: Some people have a disease known as “wheat schizophrenia.” Although I’m no expert, my understanding is that wheat gluten causes a drop in blood flow to the frontal cortex of people with the disease, causing a form of temporary schizophrenia, complete with vivid hallucinations. If the patient is put on a strict gluten-free diet, their symptoms go away and they behave normally.

Based on all these things, my theory is that maybe wheat gluten in the right quantity can cause a similar drop in the PFC of ordinary people (without the aforementioned disease) causing an OBE as the result.

To test my theory, I did some experiments where I ate shredded wheat cereal or pasta before bed. I haven't produced an OBE this way yet, but I definitely feel more OBE-prone the next morning.

Not everyone shares my theory. Daniel Kelley, author of Behind the Veil suggests a gluten-free diet, among his many recommendations, so take this discussion with a grain of salt. I don’t recall any other OBE books mentioning gluten-free diets. More testing is needed to determine if my theory is correct, but it's sure worth giving it a try.