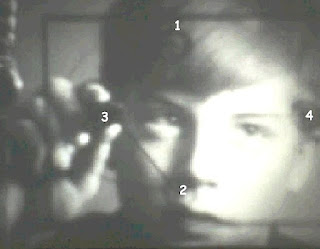 Out-of-body experiences/astral projections don't always go as planned. In fact, they often defy our expectations and we have problems. Like an infant thrust suddenly into a new world, we find ourselves in a sticky situation without skills and without a clue how to proceed. Here are some common OBE problems and how to overcome them.

Disclaimer: large sections of this article are take from chapter 31 of my second book, Lessons Out of the Body.

If you get stuck to your physical body

During my early years of OBE exploration, I used to get stuck to my body often.  It was frustrating to go through an hour-long procedure to leave my body and then be unable to go anywhere. When this happened, I usually struggled against it for a while, but it was useless; my astral body would just not move. Luckily, I found a two-part solution.

“I can travel freely during my OBEs.”

This affirmation should be used throughout the day, not only when you have the problem.

Part two of the solution is to properly deal with the problem whenever it arises. I’ve used this technique many times. When you find yourself stuck to your body and unable to move, try to just forget the astral body completely, then try to push your consciousness forward, without the astral body. Yes, without it.

OBE pioneer Sylvan Muldoon wrote about a “cord activity range” of about 10 feet/3 meters to 15 feet/5 meters that acts like a strong gravity between you and your physical body. Once you are outside that range, you will be free to travel at will. Curiously, you will still have an astral body. Why? Some researchers have described an "etheric body," or "energy body," a dense semi-physical “vehicle of vitality” (in the words of author Robert Crookall)–that acts like a vehicle for consciousness–that is related to “ectoplasm” used by "physical spirit mediums." It’s possible that this etheric body might occasionally get stuck to your physical body, and perhaps that is what gets left behind when you try to force your mind forward. Some people insist the etheric body is permanently attached to the physical body and will never move until you die. Others say the ability to move the etheric body is why spirit mediums are different from normal people. But I digress.

I’ve also used another method to get unstuck, which is recommended by William Buhlman and Eddie Slasher: demand very firmly that you be released. Focus very strongly and forcefully on the thought, “Freedom! Freedom! Freedom!” and repeat this until you literally feel yourself pried away from the physical body, unstuck.

At times when you leave your body you can find yourself completely blind. In my experience this is usually also related to Muldoon's "cord activity range." The way to get around it is:

Another annoyance is when you make an effort to open your eyes, but your physical body's eyes open instead, giving you a completely different and confusing perspective that's not related to your astral body's position and orientation in space. The solution is the same as with blindness: Move away from your physical body and out of cord activity range.

It’s not always easy to maintain consciousness during an OBE. If you feel yourself getting drowsy or losing focus, you can try to perk yourself up that same way you would when you’re feeling sleepy while inside your body. If that doesn’t work, William Buhlman suggests you ask for, demand or even scream, “Clarity now!”

Another trick comes from author Michael Raduga, and that is to engage your sense of touch: palpation. If you think you're starting to lose awareness, use your (non-physical) hands to touch everything in sight, including touching your own arms, face, and so forth. Engage your sense of touch as deeply as possible until your focus is stronger.

Most authors of OBE books made out-of-body traveling sound as easy as thinking about a place. It's not as easy as all that. When I first started having OBEs, I encountered many problems when trying to get around. Luckily, I learned to overcome these problems by doing three things:

The following OBE illustrates how to overcome OBE problems: Many years ago induced an OBE in which I had lots of problems.

I tried to sit up, but could only partially. I struggled to my right to get out of bed and stand up, but I was stuck. I tried to rotate around but I was zapped back to the body.

Round 2. I induced the proper state with extreme ease again, opened my astral eyes and saw the ceiling. I thought I heard some noises as if someone were in the room, playing with the things on the table near the foot of the bed. I tried to listen, and finally decided to sit up to see what was there, but I had no control. I could only sit up a foot off the bed, but not enough to see if someone was there. I tried harder until I lost consciousness and woke up in the body again.

Round 3 was the same as round 2, but this time I got brave and asked, “Who's there?” No reply. I still couldn't move.  I was quickly zapped back into my body again.

Round 4.  I got out of my body and tried to free myself again. I felt stuck, but then I felt a gentle pair of hands grab my feet gently and help me separate from the body. Unfortunately, I lost consciousness soon afterward and found myself back in my body again.

Round 5. I separated from my body again and decided to peel myself away from it with a backward-somersault. I peeled off awkwardly, floated about three feet off the bed. I didn't see anyone. I thought about what I wanted to do next. I decided to float/fly. With that thought, I started floating up to the ceiling. Then I decided to try to visit Julia, a friend I know from the Internet. I wanted to see if she could detect my presence, since she is psychically sensitive. I wondered how I should go about trying to get to her when I received a thought-communication from an unknown invisible source who said, “It's easy. Just think yourself there.”

I “thought” myself up through the ceiling and over the roof of the house. I tried to get my orientation so I could decide which direction was east. I started flying east at a great speed, perhaps as fast as an airplane, but decided “This might not work, or at least not quickly enough.” The same source said, “Just think yourself there.” So I thought, “With Julia.” It worked! My consciousness shifted. My eyes were closed but I mind-sensed a light/energy in front of me and knew it was her. I reached my astral arms/hands out and cupped the light/energy between my hands, as if holding her head. I tried to telepath to her, “Julia, this is Bob. How are you?” Then I lost consciousness. I decided against making a sixth attempt.

As this OBE illustrates, persistence is a key to solving OBE problems. If you get thrown back into your body, try to induce the OBE state again immediately before you move your body. Do this as many times as you need. If you get stuck to your body during an OBE, try different methods to pry yourself free until you find one that works. Approach unknown entities with caution, but don’t be afraid to ask for help from your spirit guides. If you’re having problems moving to your desired destination, close your eyes and reach out mentally to your desired location, then tell yourself to be at that location by force of will.

Be persistent and never give up.